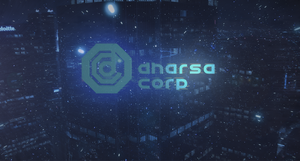 Episode
1
Written By
Directed By
Season
1

DHARSA CORP is one of the largest companies in the World.

They built their fortune by mass- producing "human-clone-robots" with advanced Artificial Intelligence (AI). The Robots are identical to humans, but stronger and faster.

On May 14, without any known reason, 700 million Robots began to rebel, declaring war on the human race.

The world quickly collapses and becomes a WASTELAND. The Robots continued to hunt the remaining humans with vigilance. The human race was close to extinction, until there was promise of a new hope...

From the same company that created the Robots. A scientist known as “Doctor C” released a team of 10 fighters, a new race with an exact balance between a robot and a human: “CYBORGS” were born. They are as fast and as strong as robots, but they have intuition, emotion, and feelings just like a human.

The Cyborgs store an incredible source of energy and each has a unique powerful skill. Today, 100 years later, only few organized groups remain alive on the planet: Robots, Cyborgs, Vault Humans, Savage Humans and a fierce rebel group known as “M” Society.

Episode
1
Written By
Directed By
Season
1